State award for YMCA at The Valleys

YMCA South Australia has been recognised as a leader in community recreation excellence this week, winning the South Australia Parks and Leisure Association (PLA) award for Best Region/Rural Contribution.

The leading not for profit organisation, which manages The Valleys Lifestyle Centre for the Clare and Gilbert Valleys Council, has created a positive social, environmental and economic impact from a range of community based programs and initiatives. The PLA award acknowledged the significant contribution made by the YMCA to the local and regional community.

Clare and Gilbert Valleys YMCA manager, Ben Whalan, accepted the award and said it was a fitting reward for the dedication and effort of the locally based staff team since the YMCA assumed management of the centre in 2017.

“Under YMCA management the centre has undergone significant positive change with the initiation of new practices, programs and services. Staff engagement was immediate and impact has been great with community participation steadily growing over the last 18 months,” he said.

The improvements in operation also assisted the achievement of positive financial result in 2017/2018, with the outcome being over $100,000 favourable to budget.

Mr Whalan said that, despite an increase in competition, the centre’s community impact continued to grow and the focus was on maintaining excellence in all aspects of its community footprint.

YMCA South Australia at The Valleys Lifestyle Centre automatically progresses to be nominated for the national PLA award which will be presented at the Crown Promenade in Perth on 29 October. 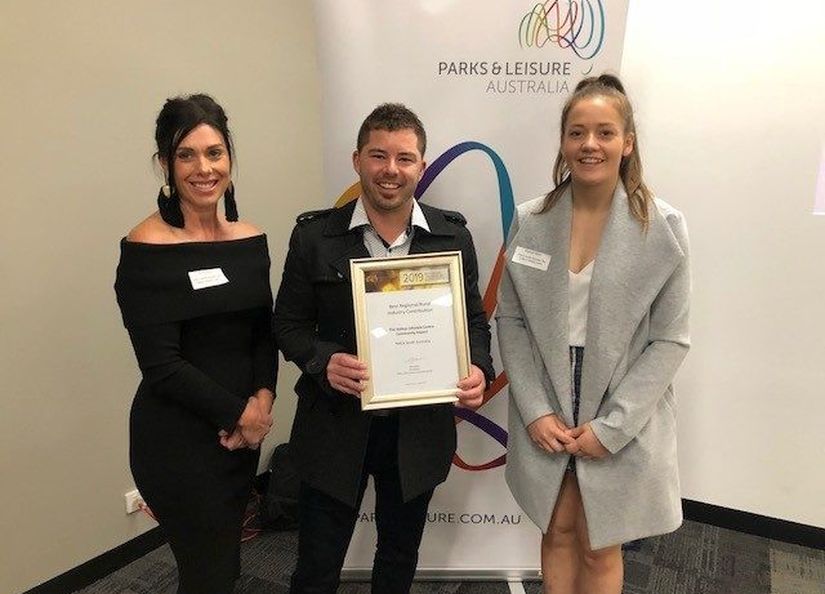