Brighter life success at The Valleys

Huge support from the Clare and regional community, together with YMCA South Australia, culminated in The Valleys Lifestyle Centre raising close to $45,000 for mental health support on Sunday, 24 October.

The 12-hour Ride for a Brighter Side was held to raise money for the Kade McDonald Foundation which supports mental health for young and vulnerable community members, particularly school-aged children who often struggle for support or emotional outlets.

The Valleys Lifestyle Centre Manager, Ben Whalan, said the event was a wonderful example of the local community pulling together for an important cause.

“We had 210 riders who rode static bikes in teams, non-stop, across the 12 hours starting at 7am. We estimate that, throughout the day, over 1000 people attended the event,” he said.

“There’s no doubt that our community cares deeply when it comes to looking after their own,” he said. “Our aim was to raise $30,000 – we’re still counting at the moment but we believe between $40-$45,000 will be the final figure, which is amazing.”

The event was attended by YMCA South Australia CEO David Paterson, together with community leaders from both the local and wider metropolitan vicinities.

The Kade McDonald Foundation was established in 2018 to raise money for mental health and suicide prevention, after Kade took his own life in October of that year. 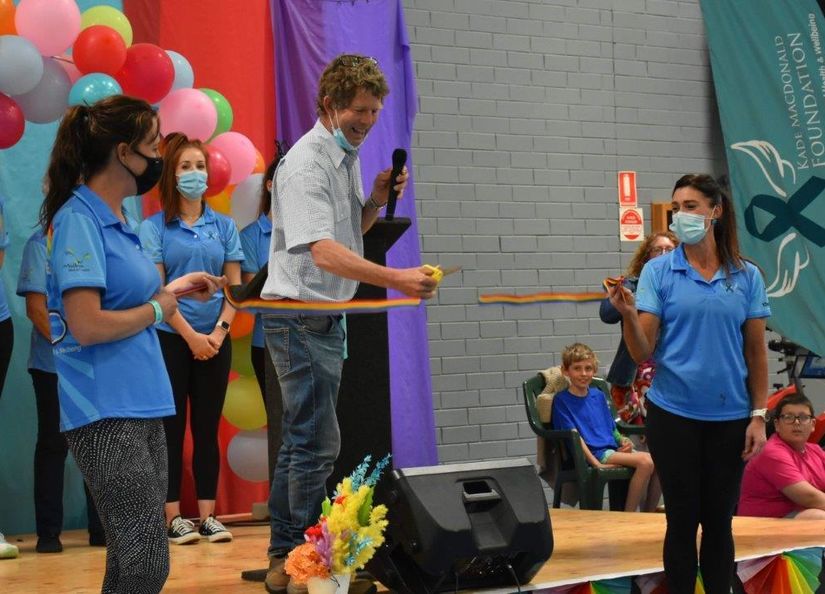